Digital Royalty has several sites. Unfortunately, they were all set up as completely unique properties making it difficult to administer them all. Some were on WordPress, others on Tumblr and yet another that was built on a custom CMS. Our first project was to take all of their properties and get them on a uniform system. We set them up with a WordPress multisite setup, imported their existing WordPress sites and converted the content from the tumblr and custom sites to bring all their content under one roof.

In a second phase of development, we helped Digital Royalty University move off of a 3rd party online learning system to bring that functionality in-house as well. This included some customizations to WooCommerce. We finished up by writing a custom importer to bring in their existing customers and classes. LawyerNow came to us with a multifaceted project. We started by designing the new site and building out the theme. That’s where the standard stuff ended. We started by setting up BuddyPress and adding an extensive amount of custom user data. We then imported their database of 200,000+ users and all their data. Next we built a handful of custom plugins to extend the search and display capabilities of their site. I think the greatest success is making a site feel so simple on the front end with so much to offer behind the scenes. 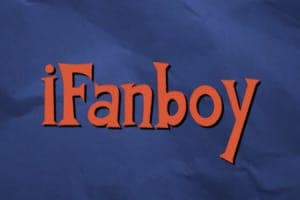 iFanboy is one of the larger projects we’ve worked on. Their site had been around for several years and had an absolute ton of data. Posts, comments, podcasts, reviews, on and on and on. We started by converting all their data to WordPress and then got to work on a brand new site design. With that much content, putting a home page together to showcase it all was priority #1. The project also included a number of custom plugins for importing data from 3rd party sites and custom widgets to highlight content.

The VegasTech site is a community project. We donated our time to build a site that would list community members and their projects along with being a central location for news and events. We worked with Mark Johnson, a local designer, to put together a clean and simple site to highlight all the amazing things going on here in the #VegasTech scene. When Scott from Event Central reached out to us, he was clear right up front. His goal with the new site was to increase the amount of leads their site was generating. With that in mind we started by doing a complete site redesign. But, that was just the beginning. They wanted a way to show off their products in a way similar to an online shopping cart, but nothing off the shelf really fit what they needed. We built them a custom shopping cart system that integrates with Gravity Forms to provide their sales team with the information they need to make the sale.

After launching the new site, they let us know that leads had more than doubled. That’s what we wanted to hear.